The Best Treatment For Cellulite. Period!

UltraSmooth™ is noninvasive, with no pain, no discomfort, and no side effects. FDA clearance K180338 details the indications for use and supporting documentation.

The complete UltraSmooth™ procedure consists of six such treatments, typically over a two-week period.
UltraSmooth™ is 490 times more powerful than green laser technology. As shown in the UltraSmooth™ Specifications, output intensity/ Irradiance of UltraSmooth™ is 95.14 mW/cm2.
UltraSmooth™ has 150 light emitting diodes (LEDs) that emit visible light at nominal wavelength of 532nm ± 3nm (visible green light spectrum) and a spectral bandwidth of 10nm. UltraSmooth™ delivers a uniform dose to an area up to 23" x 17".

Click/tap the images to enlarge 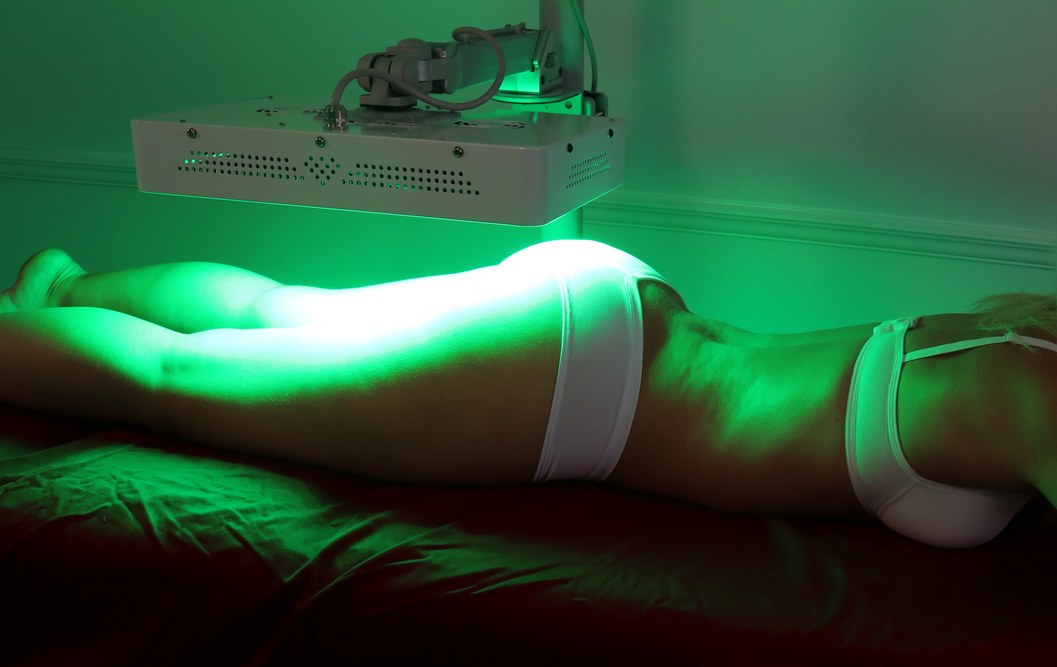 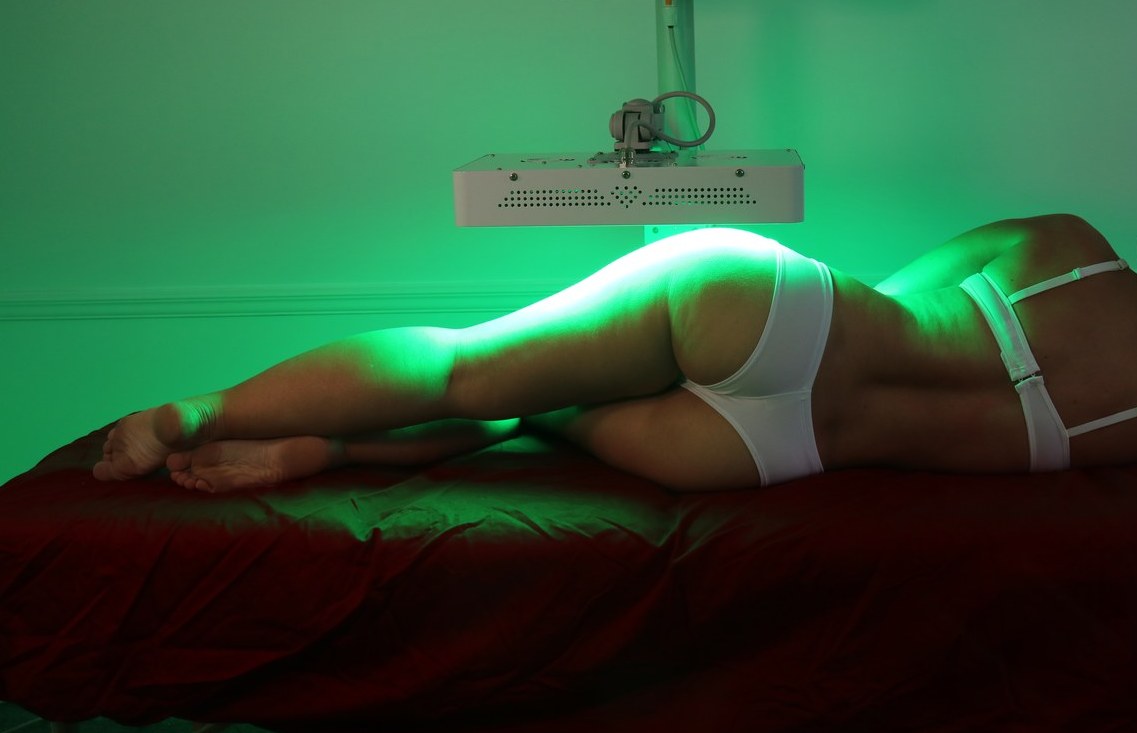 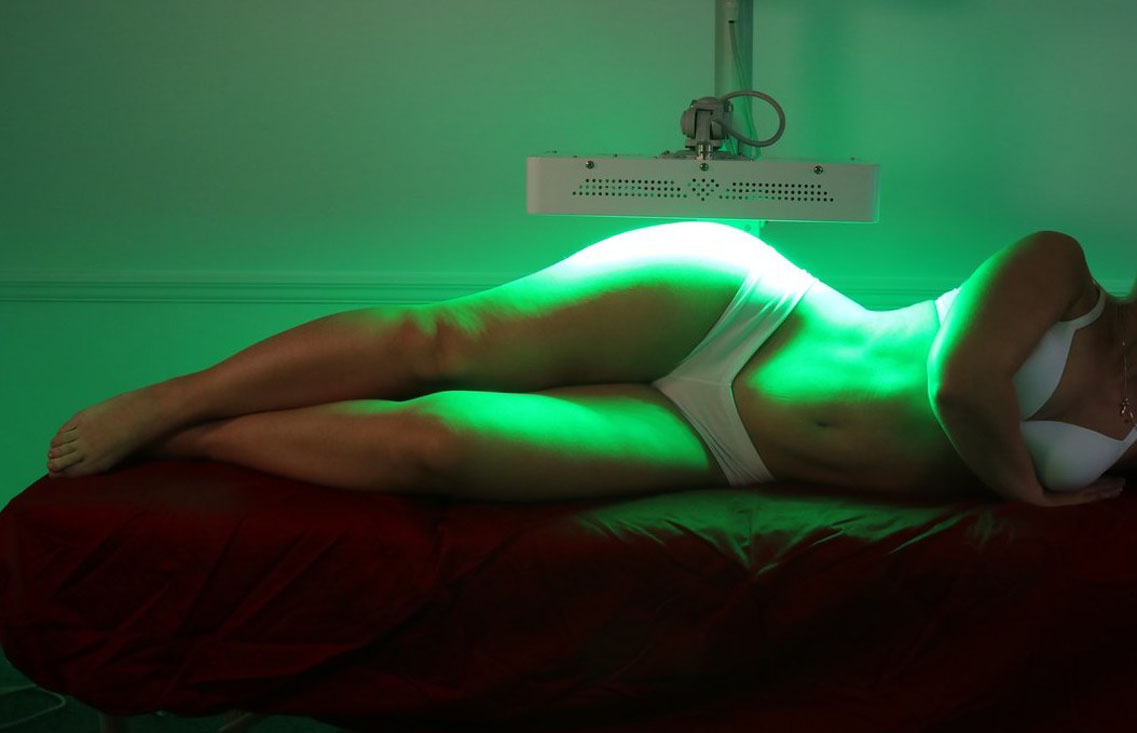 Click on any photograph to see a larger image. Before and after images with a blue field were created using a Canfield Scientific Vectra XT 3D Imaging System in Cocoa Beach, Florida. 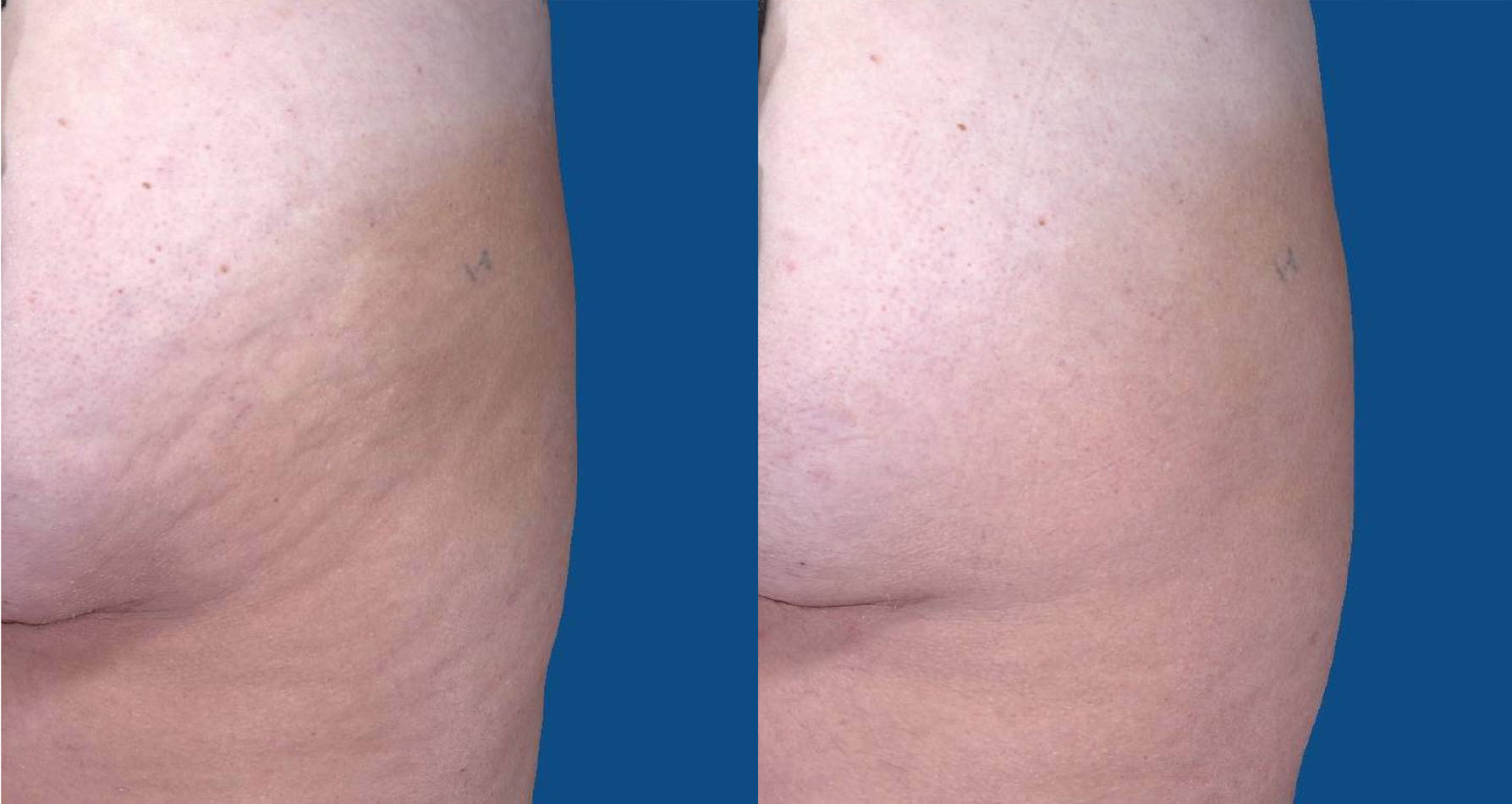 Our products use photobiomodulation, combined with kinetic energy and compression garments, as the mechanism of action to effect natural cellular response in the skin and fat. Dieting and exercise are not required with UltraSmooth™.

Click/tap the image to enlarge

UltraSmooth™ is second only to UltraSlim® as the most effective FDA-cleared device for fat reduction. Instead of using a 20-minute treatment for cellulite, fat reduction incorporates four 8-minute treatments to the waist, hips, and thighs.
Clinical trials were conducted for the FDA in order to demonstrate the effectiveness of UltraSmooth™ for fat reduction with circumferential reduction (ClinicalTrials.gov NCT03647748). The study was a double-blind, placebo-controlled randomized evaluation of the effect of UltraSmooth™ for aesthetic use for the noninvasive reduction in fat layer for body contouring and reduction of cellulite. A total of 52 patients participated in the study (25 Active UltraSmooth™, and 27 Placebo Control). Patients were all female with a median age of 42.5 years old with a range of patient ages from 18 years to 69 years old. Ethnic origin of the patients were represented from Asian, African American, Caucasian, Latino, and Pacific Islander. Cumulative circumferences of waist, hip, left and right thighs for each patient were calculated before and after treatment.

The study demonstrated that UltraSmooth™ causes immediate inch loss in subjects after a regimen of six treatments of 32 minutes (8 minutes on each of four positions) compared to individuals subjected to a placebo device for an equivalent treatment. In a typical regimen, patients lost an average cumulative 2.67 inches of circumference compared to placebo average of 0.5 inch. This meets the anticipated primary outcome measure “Average Change in Inches of Total Circumference Measurements for effect of UltraSmooth™, a LED 532nm green light low level laser system for aesthetic use for the noninvasive reduction in fat layer for body contouring from baseline measurements, and after treatment.”

The photograph below illustrates the volumetric reduction and apparent "butt lift" using an overlay of before and after images:

While durability of effect is also impacted by extrinsic factors after treatment such as diet, it was demonstrated that subjects were more likely to show continued inch loss upon following up with each subject at 7 days and again at 14 days. UltraSmooth™ patients continued losing inches for at least 14 days after treatment, with an average continued loss of an additional 1.20 inches and a total average inch loss of 3.87 inches where average placebo measurements after 14 days yielded a net gain (not a loss) of 0.875 inches. This implies that UltraSmooth™ meets the expected primary outcome of demonstrated durability of effect for circumferential reduction after short-term follow up of 2-weeks.

Shown above is a graphical summary of inch loss for patients in the UltraSmooth™ active group and the Placebo control group respectively. 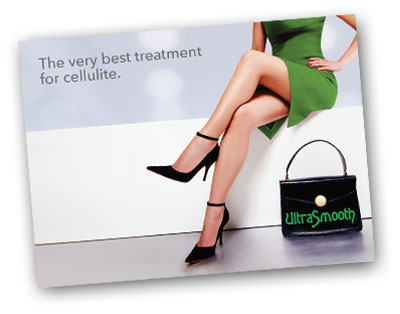 Read all about the very best body contouring